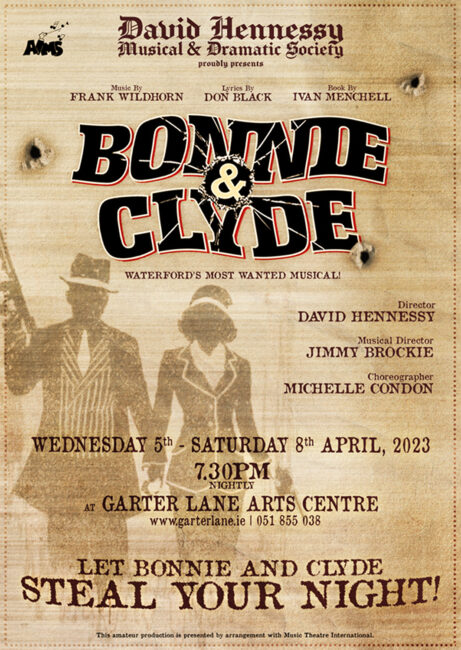 Two small-town kids from the middle of nowhere became the biggest folk heroes in all America. They craved adventure—and each other. Their names were Bonnie and Clyde.

At the height of the Great Depression, Bonnie Parker and Clyde Barrow went from two small-town nobodies in West Texas to America’s most renowned folk heroes and Texas law enforcement’s worst nightmares. Fearless, shameless and alluring, the Tony-nominated Bonnie & Clyde, from the legendary Frank Wildhorn (Jekyll & Hyde, Civil War, Dracula) is the electrifying story of love, adventure and crime that captured the attention of an entire country.

When Bonnie and Clyde meet, their mutual cravings for excitement and fame immediately set them on a mission to chase their dreams. Their bold and reckless behavior turns the young lovers’ thrilling adventure into a downward spiral, putting themselves and their loved ones in trouble with the law. Forced to stay on the run, the lovers resort to robbery and murder to survive. As the infamous duo’s fame grows bigger, their inevitable end draws nearer.

Bonnie & Clyde is a thrilling and sexy musical with a non-traditional score, combining blues, gospel and rockabilly music.

This musical will also feature a LIVE band on stage.

Fearless, shameless, and alluring, Bonnie & Clyde is the electrifying story of love, adventure and crime that captured the attention of an entire nation.

This amateur production is presented by arrangement with Music Theatre International
All authorised performance materials are also supplied by MTI www.MTIShows.co.uk 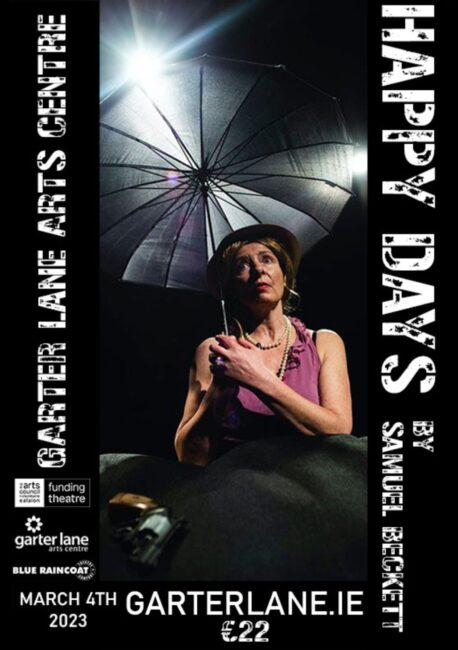 In Happy Days we find Winnie, a woman in her 50s, buried waist-deep in the centre of a mound of scorched earth, with little else around other than a
read more 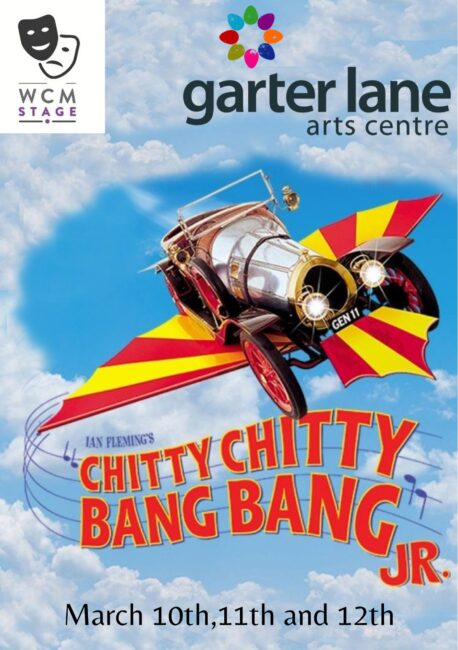 Take a fantastic musical adventure with an out-of-this-world car that flies through the air andsails the seas. Join eccentric inventor, Caractacus Potts, as he sets about restoring an old race
read more