Irish singer songwriter Karan Casey has teamed up with Sean Óg Graham her long-time collaborator and friend to create a dynamic and enchanting album of songs that speaks to healing, camaraderie in times of strife, finding enrichment and new life in campaigning for women and of course death. This is an ode to the natural world featuring the songbirds of Portglenone, the moon, conversations from the grave, returning to the wild, listening for the cuckoo as she sleeps. The empowerment of women is front and centre of Karan’s concerns as she gives voice to the notion that songs can sing what we cannot say. Her defiance, her vulnerabilities and her feminist heart bellow through these songs.

Adding their unique vocals to the album are: Niamh Dunne on a duet song Sister I am Here for You; Pauline Scanlon on a searing feminist overlook of Ireland in a song entitled I Live in a Country; and Ríoghnach Connolly on Daughter Dear, a tender hearted song between a mother and daughter. Also joined by Conor McCreanor, John McCullough, Hannah Hiemstra and Kate Ellis among others, this is Karan’s 12th album and displays her fine poetic voice, where she has taken traditional symbolism and shaken it by the neck to create an ode to mother nature and a poignant cry for change.

Irish singer-songwriter Karan Casey has been blazing a trail for over 25 years. A lover of ballads, love songs and searing versions of social justice songs, fond of a good yarn, she has toured the world making deep connections with her audience connecting via Ireland’s past but crucially repositioning women and songs in a universal and a modern setting. Karan has been striking out lately to explore new areas of performance on the piano and with spoken word and theatre.

In 2018 Karan helped to found FairPlé which is an organization aimed at achieving fairness and gender balance for female performers in Irish traditional and folk musics.

Hieroglyphs That Tell the Tale was released on the Vertical Records Label in 2018 and her song “Down in the Glen” was nominated for Best Original Folk Song at the RTE Folk Awards. She completed a PhD in music in 2019. Karan’s new show I Walked into My Head directed by Sophie Motley was premiered at the Kilkenny Arts Festival in 2021.

In 2018 Karan helped found FairPlé which is an organization aimed at achieving fairness and gender balance for female performers in Irish traditional and folk musics.

Niamh Dunne is a highly accomplished singer, fiddler and composer from Co. Limerick.

She has been a member with the world renowned band Beoga with whom she has toured extensively and recorded 3 CDs, including the Grammy short listed “The Incident” in 2009 and the Irish Echoes number 1 album of 2011, “how to tune a fish”. The Wall Street Journal describes them as “the most exciting new traditional band to emerge from Ireland this century.”

She began to play fiddle at the age of 4, and learned her music from Mickey Dunne, the well-known piper from Limerick who is part of a rich cultural heritage of traveling musicians. For generations, the Dunne’s traveled the country playing fiddles and pipes at any social events (football matches, markets days, fairs), and had a rich understanding of the musical traditions of Ireland that existed all over the country, especially at a time when there were no recordings and this was the only means of transmission.

Niamh has grown up steeped in music, song and tradition. She recorded a CD in 2005 with her Dad and sister, Brid, called Legacy, an album which celebrated the rich musical heritage that has been in her family for generations, as well as showcasing her singing and love of song. A well-respected classical violinist, she twice received the high achievers award from the London Associated Board of Western Art Music, with whom she is a qualified teacher. Niamh regularly teaches in The Limerick School of Music. She is also a graduate of the Irish World Academy of Music in Limerick University with first class honours.

Seán Óg Graham is a renowned guitar and accordion player and has performed and recorded with many of Irish traditional music’s top artists over the last 10 years. He is a founding member of the highly successful band Beoga with whom he has recorded 5 albums and toured worldwide. He is also a talented arranger and composer and more than 50 of his works are featured in the Beoga repertoire. He is also a member of the Scottish super group Fiddler’s Bid. He is in high demand as an accompanist and has performed and recorded with Grammy nominated fiddler Liz Carroll, top folk singer Karan Casey, Buille, Flook, Lunasa, Máirtin O’Connor Band, and The Cora Smyth Band. Seán Óg is a first class Honours graduate of the Limerick based Irish World Academy of Music.

As well as a top class musician and composer Seán Óg is a talented recording engineer and his Bannview Studios in Co Antrim has become the go-to destination for recording traditional and folk music.

“Karan Casey’s latest album is revelatory. She’s always been a singer of songs that tell a story and show their muscle…. This is a strikingly three-dimensional work that stands the test of intensive and repeated listening with ease. A vivid and dazzling snapshot of Casey invincible, at the height of her powers.”

“The most soulful singer to emerge in Irish traditional music in the past decade.”

“…the Irish equivalent of Emmylou Harris.”

“Casey’s voice is among the loveliest in folk music and she’s a wonderful interpreter of both contemporary and traditional material.”

“Setting her clear voice in arrangements that mix traditional and modern instruments, she maintains the taut, quivering ornamentation of old ballad style, singing tales of love, war and murder with a gentle gravity.”

“Casey has the unique ability to make every song sound true and impassioned.”

” Vocalist of the rarest quality… “

“If ever any doubt existed about who’s the best Irish traditional woman singer today, “Exiles Return” sweeps aside all pretenders. As gloriously evident on this new CD, Karan Casey has no vocal peer.” 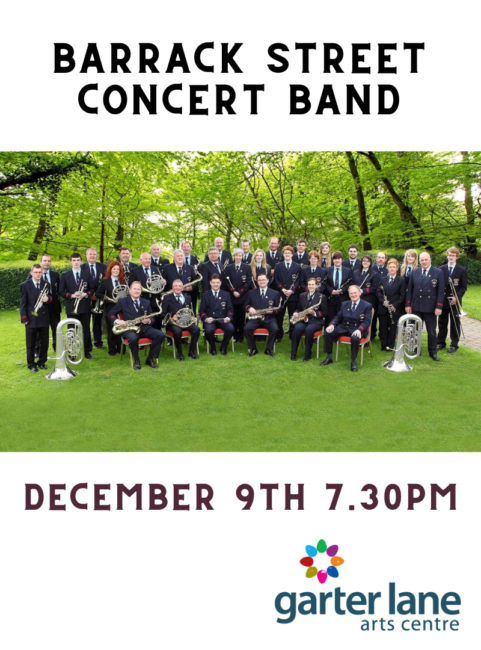 The Barrack Street Concert Band is one of Waterford's living treasures and has been entertaining the people of Waterford City and County since 1870. 2020 should have marked their
read more

The Barrack Street Concert Band present: ‘The Show Must Go On’ 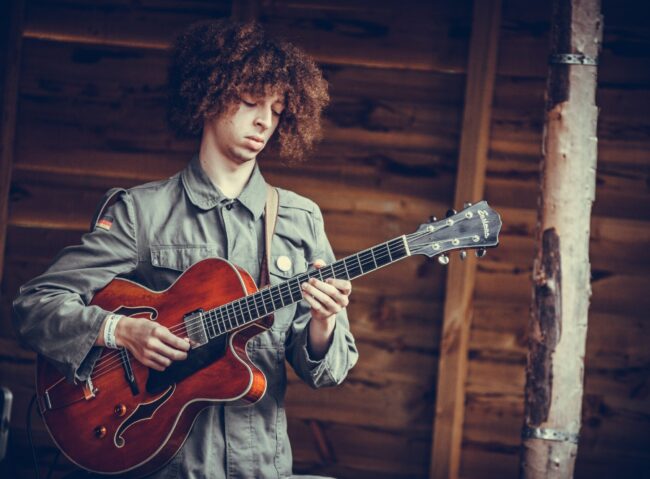 Starting out as a teenage rock prodigy in his hometown of Derry, he became interested in jazz and began to focus a lot of his playing and studies on that.
read more