Gavin Maloney is one of Ireland’s foremost young musicians. He has a long-standing relationship with the RTÉ National Symphony Orchestra with whom he has worked on a great variety of concerts, recordings and education projects. He has collaborated with many distinguished artists including Sir James Galway, Gabriela Montero, Tara Erraught, Ailish Tynan, John O’Conor, Chloë Hanslip and Hugh Tinney. In 2017 Gavin featured for the first time in the International Concert Series of Dublin’s National Concert Hall, appearing alongside Maxim Vengerov, who has described him as ‘a great maestro’.
Gavin received his training at the Royal Northern College of Music in Manchester and the Mozarteum, Salzburg. At the age of 21 he successfully competed for the position of Assistant Conductor of the RTÉ National Symphony Orchestra. He has since conducted all the leading orchestras and ensembles in Ireland. Gavin was the inaugural beneficiary of the Bryden Thomson Trust, through whose support he studied at the Danish National Opera and the Lucerne Festival Academy of Pierre Boulez.
Gavin’s recordings, on the NMC and lyric fm labels, have earned critical acclaim, including that of Gramophone magazine. Most recently released is a recording of works by Frank Corcoran, with cellist Martin Johnson. Gavin has worked closely with Crash Ensemble and the EQ Ensemble, and for three years he directed the RTÉ NSO’s signature contemporary music series, Horizons. His ballet credits include Swan Lake with Ireland’s national ballet company. His concerts have been broadcast by the BBC, RTÉ, the European Broadcasting Union, Shanghai East Radio, and radio stations in North America and Australia. 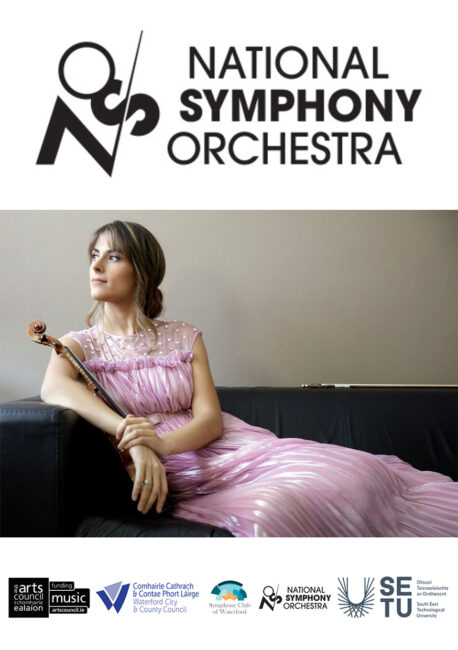 Composer Libby Croad will be attending the world premiere performance of her Suffragette sonata for solo viola. Programme for 26th February
read more